What you Need to Know About Setting Prices 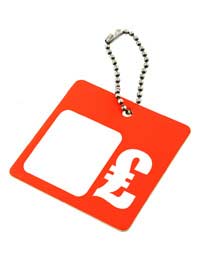 How do you determine what price to charge for your goods and services? Do you just copy your competition, or try to undercut them? You could be missing out on potential profit. This article presents a more scientific approach to pricing.

In finance, a demand curve represents the relationship between the cost of a commodity and the quantity of that commodity that consumers are willing or able to purchase.

Suppose you run a business importing bananas from Ecuador to the UK. In fact, let’s simplify things even further by supposing you have the sole licence to import bananas into this country: if someone wants to buy a banana, they have to buy it from you.

What is the demand for bananas? If you were able to charge a penny each, your business could probably sell millions of them quite easily (ignoring the logistics of actually getting them to the purchasers before they turned black!). In contrast, if you charged £100 for each banana you would not sell very many, perhaps only being able to sell to the top London hotels as a speciality item for their menus.

Visualise a graph with price on the Y-axis and quantity on the X-axis. As the price comes down, the quantity you are able to sell increases. We can represent this as some kind of line from the top-left of the graph to the bottom-right. However, in most markets this isn’t a straight line; instead it is a concave curve.

If you think about it, you can work out why this must be the case: the curve won’t cross either of the axes. If the quantity is very low, the cost will be very high, but for a quantity of zero the cost is meaningless. Similarly, if the price is low then the quantity will be high, but there is no maximum to the demand if the product is given away for free.

If you can accurately determine this demand curve for your product, you can predict how many units you will sell based on what you decide to charge. By taking into account your fixed overheads and manufacturing costs, you can set the price that will maximise the profit you make.

That sounds easy! But, of course, there are some other things to think about. The example business discussed above had the luxury of being a monopoly. In your business, you need to think about what your competitors are charging when deciding what you should charge yourself.

Although the general shape of a demand curve will be convex, a more accurate model will show peaks at certain points in its overall descent. These peaks represent fixed values of money at which demand is unusually high. These peaks occur at so-called price points.

Other factors generally involve psychological choices made by your customers. For example, if they are used to paying a certain amount for a product, demand may fall off steeply if that figure is raised slightly. Similarly, some figures just seem to be more expensive than they are: think about all the goods sold for 99p (“mere pennies”) rather than a pound. Consider the complaints bar staff have to put up with when the cost of a pint of beer is raised from £3.00 to £3.10; only a 3% rise but of deep psychological concern to the barflies!

Putting This into Practice

Conduct market research to determine the demand curve for the product you are selling. You may need to get people to actually spend their money in order to get realistic figures. See what success you have by trying to sell a fixed quantity at each of several different costs and then try to draw a curve through the results.

Use this curve to work out the optimum price and quantity for maximising the profit you make, and adjust this to the nearest price point. Congratulations, you have just set your price!

A Brief Overview of Business Taxes

All About How VAT Works

An Introduction to Double-Entry Bookkeeping

All About Selling Your Business